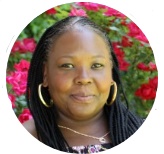 As the CEO of a company that develops solar and energy storage projects, I know from experience that solar energy is becoming less and less of a mystery and more of an opportunity for all. This includes landowners trying to make the best business decision for what may be their most important asset – their land. Many landowners are discovering that solar energy presents them with a viable and lucrative business opportunity to generate revenue today and to preserve their land for future generations.

The opportunity may be particularly timely for woodland owners in the northeastern North Carolina region served by the Sustainable Forestry and Land Retention Project. This is a portion of the state where African-American landowners, in particular, have suffered large amounts of land loss over the past century due to heirs property conflicts, discriminatory treatment by lending authorities and other reasons. Solar energy has the potential to be a game-changing income stream that can make the difference between retaining or forfeiting land that’s on the economic bubble. Solar projects also hold potential for smaller tracts of land that aren’t being put to profitable use for forestry or farming.

There are two general ways that landowners can both generate revenue and retain their land for future generations using solar energy.

While there are many factors to consider, I believe that for many landowners, solar will become more and more of a solid business opportunity than it already is.

Ajulo E. Othow is an attorney and Founder and CEO of EnerWealth Solutions, a developer of solar and storage projects based in North Carolina. EnerWealth’s projects focus on delivering renewable energy and layered community benefits including land retention and economic opportunity for rural families. www.enerwealthsol.com