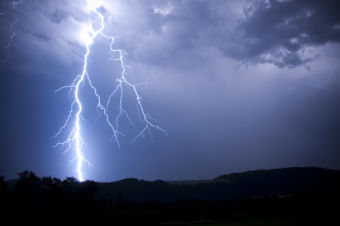 This time of year, lightning is a real threat in North Carolina – considered among the most dangerous spots on the East Coast. Between the years of 2008-2017, the state ranked fourth in the nation for lightning strike fatalities.

Stay safe this summer and throughout storm season with these lightning safety tips, facts and figures.

When thunder roars, go indoors. Seek shelter in a hard-topped vehicle. If you cannot get to shelter: